Underwater with Narelle Autio, Persephone and me

A favourite game among my friends back in the 1970s at Northbridge Baths was to dare each other to dive under the suspended starting blocks and come up the other side. 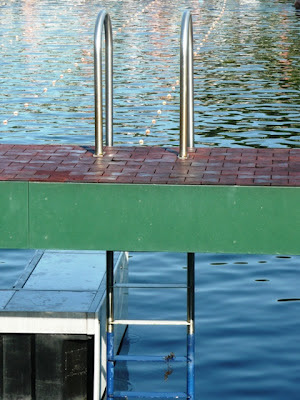 The bottom of the blocks was often covered in moss, so it was bit like venturing into a dark, slightly disorientating world. I was always a bit fearful I would get stuck among the moss and slime, and so was reluctant to attempt the dare.  I would duck-dive to the bottom of the blocks but never went any further – afraid of where I might end up – maybe in a completely different world. 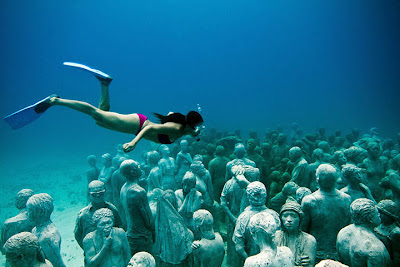 I was reminded of this experience when I saw Australian photographer Narelle Autio’s exhibition Water Hole at the Stills Gallery in Sydney last week. The focus of her images is the underwater world of billabongs, rivers and swimming holes in remote areas of Queensland, the Northern Territory and Western Australia.  Her photos are copyright so I can't show them in this post but if you click here you can view her latest show.

Narelle is known for her photos of the sea and the bodies that inhabit watery spaces. While her earlier works “celebrated the restorative powers of the coast”, Water Hole explores “a mysterious and shadowy place beyond ordinary human experience”.


As the exhibition program says: “The distance between above and below the surface is more than merely physical. Here underwater landscapes contain an element of dark fantasy, like the mythological underworld of Persephone. Plant life rises, waxy and gnarled in texture like sculptural forms, weed scratches the surface of the visual plane like abstract expressionist drips of paint and uncountable hexagons of light seem to equally construct the images from dots and as they fleck and obliterate their surfaces.” 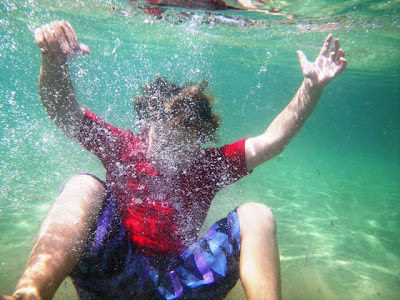 Maybe it was that mythological underworld that I sensed as I approached the bottom of the blocks at the baths.  While I was hesitant about that underwater game, I had no fear of swimming beneath the surface in other parts of the salt water tidal pool. I loved diving under and observing the schools of fish, jelly blubbers or the occasional sting ray that drifted under the pylons into the pool. 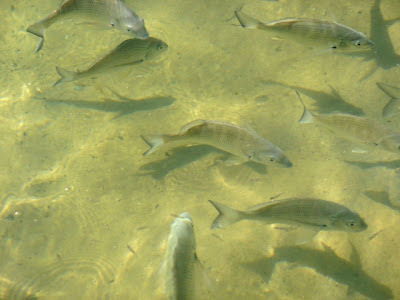 Another favourite activity was to see who could swim the furthest underwater without taking a breath. I think about 20 metres was about as far as we could go. In her beautiful book, Swimming Studies, Leanne Shapton writes about doing "lungbusters, fifty metres underwater"! 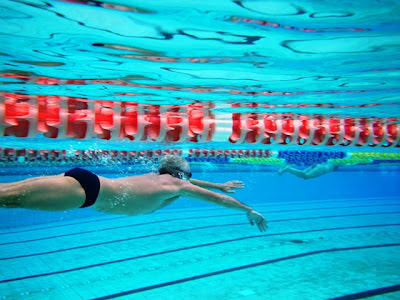 "We push off at one end and glide, then kick soundlessly through the blue. At the far end we release the air in our lungs, and our bubbles rush up in a muffled crash. As our heads break the surface, the pool echoes with our breathing. The whole process is overseen by the silent sweep of the pace clock swallowing time, rest, and seconds of air before we inhale and slip under again." 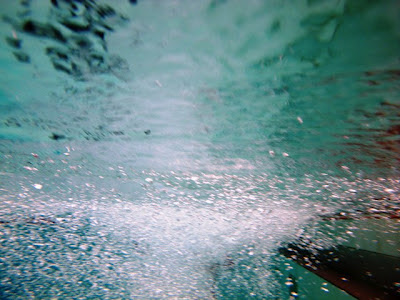 One of the drills at my swim-fit sessions at Leichhardt Park Aquatic Centre is to dolphin kick underwater for 25 metres. Unlike Leanne Shapton I never manage to stay under for the distance despite the assistance of flippers but I enjoy the sensation of moving like a sea creature along the pale blue tiles at the bottom of the pool. Other times I submerge into the quiet of the underwater world and delight in the patterns of sunlight that beam down. 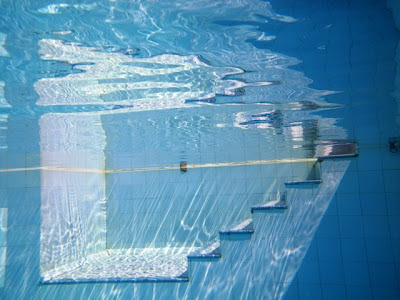 And one day I might venture to the other side of the world - not dive beneath the blocks - but to the bottom of the ocean floor to witness one of Jason de Caires Taylor's extraordinary underwater sculptures in the waters off the West Indies island of Grenada or near Cancun, Mexico.  Maybe there I might just meet Persephone? 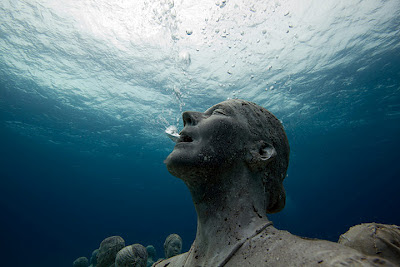 Posted by Therese at 9:08 AM No comments: