In my cossie at Milano's Piscina Cozzi

As I was saying, when we left Belluno I thought I'd had the last of my Italian swims. But on our first night back in Milan I discovered the Piscina Cozzi in a Wallpaper Guidebook at our friends' Jenny and Stephen's apartment.

When I looked at the photo I knew I had to visit this circa 1934 pool.

The next day after a tour of Villa Necchi Campiglio, a beautiful 1930s house with a lovely pool, we jumped on the number 1 tram and headed to Piscina Cozzi. 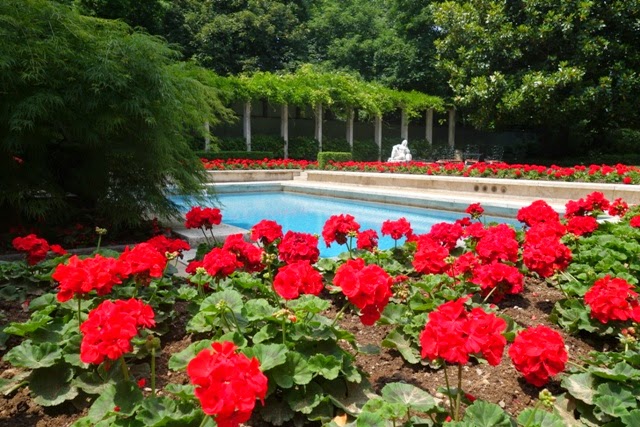 When we arrived at the imposing building, designed in Fascist architecture style, a combination of art deco meets ancient Rome and rationalism, it was after 3. 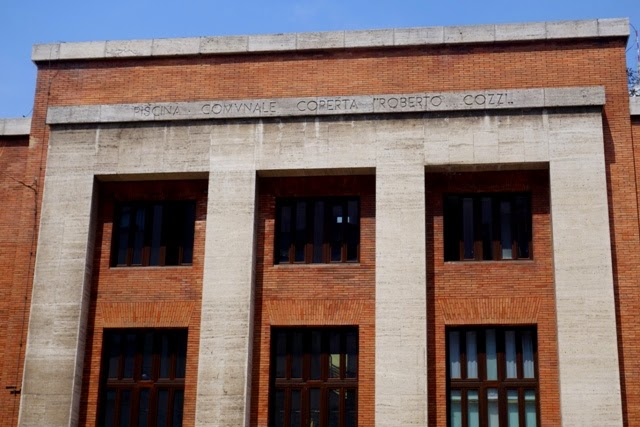 The main 33-metre pool was full of schoolkids practicing their diving off the tower, taking part in squad, playing water polo and perfecting their synchronised swimming moves. 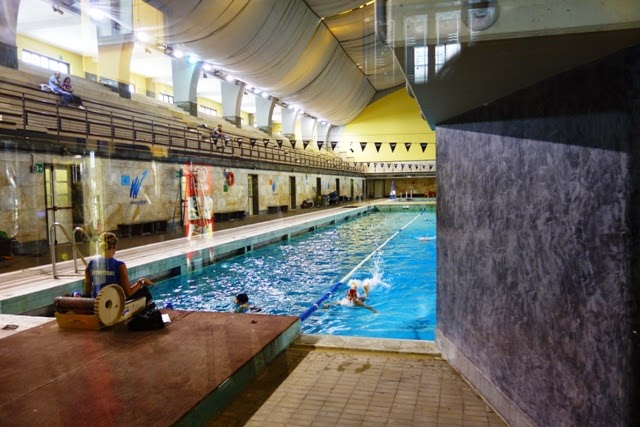 In the foyer I admired the plaster sea horses decorating the walls and the bust of Roberto Cozzi, the World War I hero the pool honours. 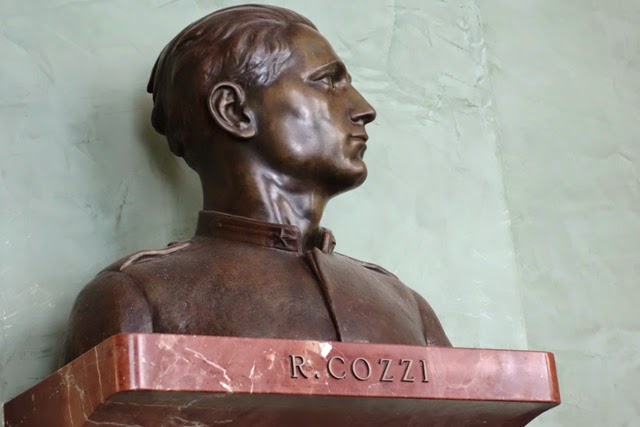 When I moved inside I discovered apple green tiles around the pool's inside edge and when I climbed down the ladder I found I couldn't stand up at the shallow end.  When the depth dropped to 4.5 metres under the diving platform I felt like I was falling off the edge like I do at North Sydney, another 1930s pool. 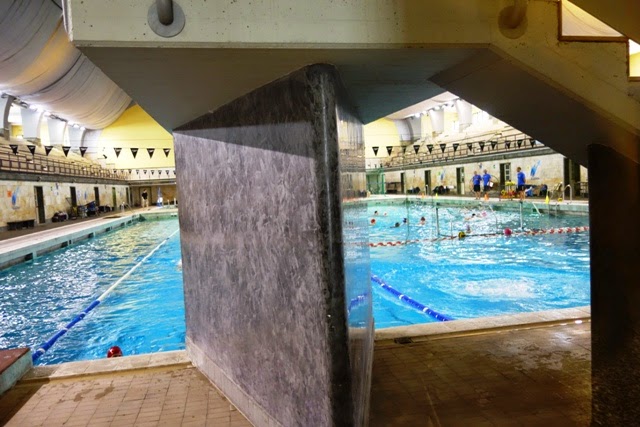 Designed by Luigi Secchi, who was also responsible for the rebuilding of La Scala after it was bombed during the Second World War, the complex was renovated in 2008.  It has marble features, a 33-metre and a 20-metre pool, a diving tower with 3, 5 and 10-metre platforms and a grandstand catering for 700 spectators. In its early days it also included a barber and hair salon for ladies, as well as a bar directly facing the pool. 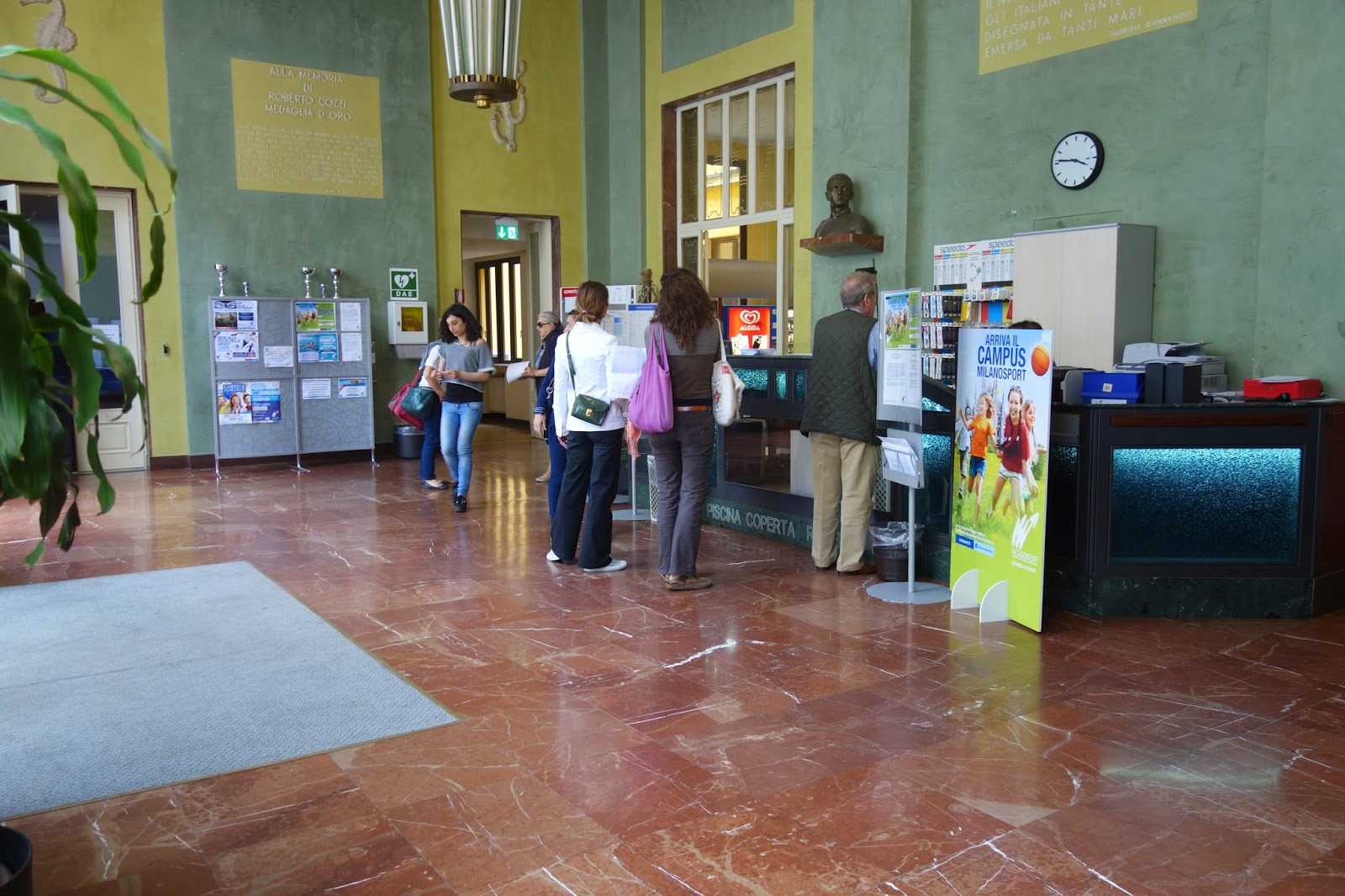 When I met up with Bruce and Trude after my dip I was almost certain I'd had my last Italian swim. But back at Jenny and Stephen's that night they announced they'd organised to spend our final weekend at Carlin Carlotta, an agriturismo stay (farm holidays) in the Piedmont region. 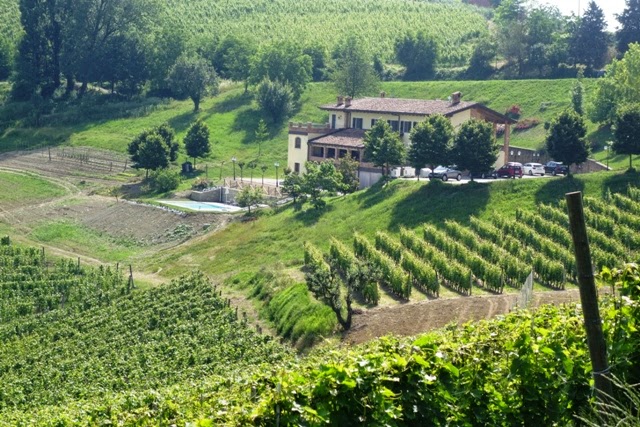 After enjoying the culinary delights of Neive and exploring the lovely hilltop town we cooled off in the refreshing water of Carlin Carlotta's brand new pool. 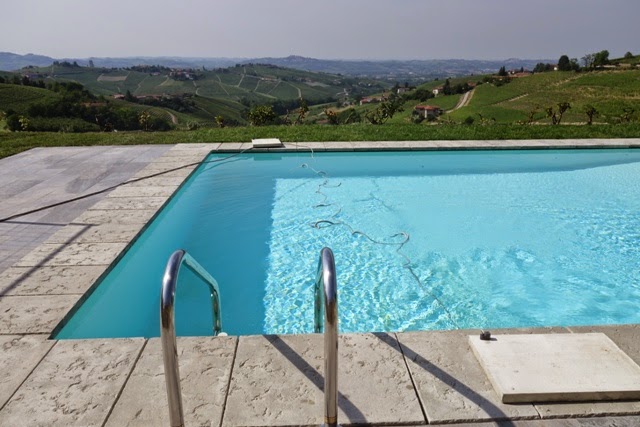 And the next morning after a beautiful dinner on the terrace and one or two many wines we cleared our heads with a morning dip overlooking the grape vines and the rolling hills. 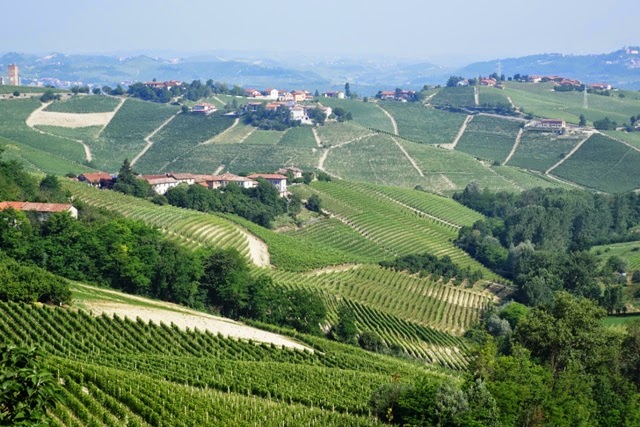 The next day we caught the plane back to Sydney so that really was the last of my Italian swims. Until next time ...
Posted by Therese at 2:29 PM 5 comments: