During August when I was writing, Into the Deep, a story for the travel section of The Weekend Australian, I spoke to a number of 'chappies' as my Dad would call them, who spend their days in and around Sydney's ocean pools. 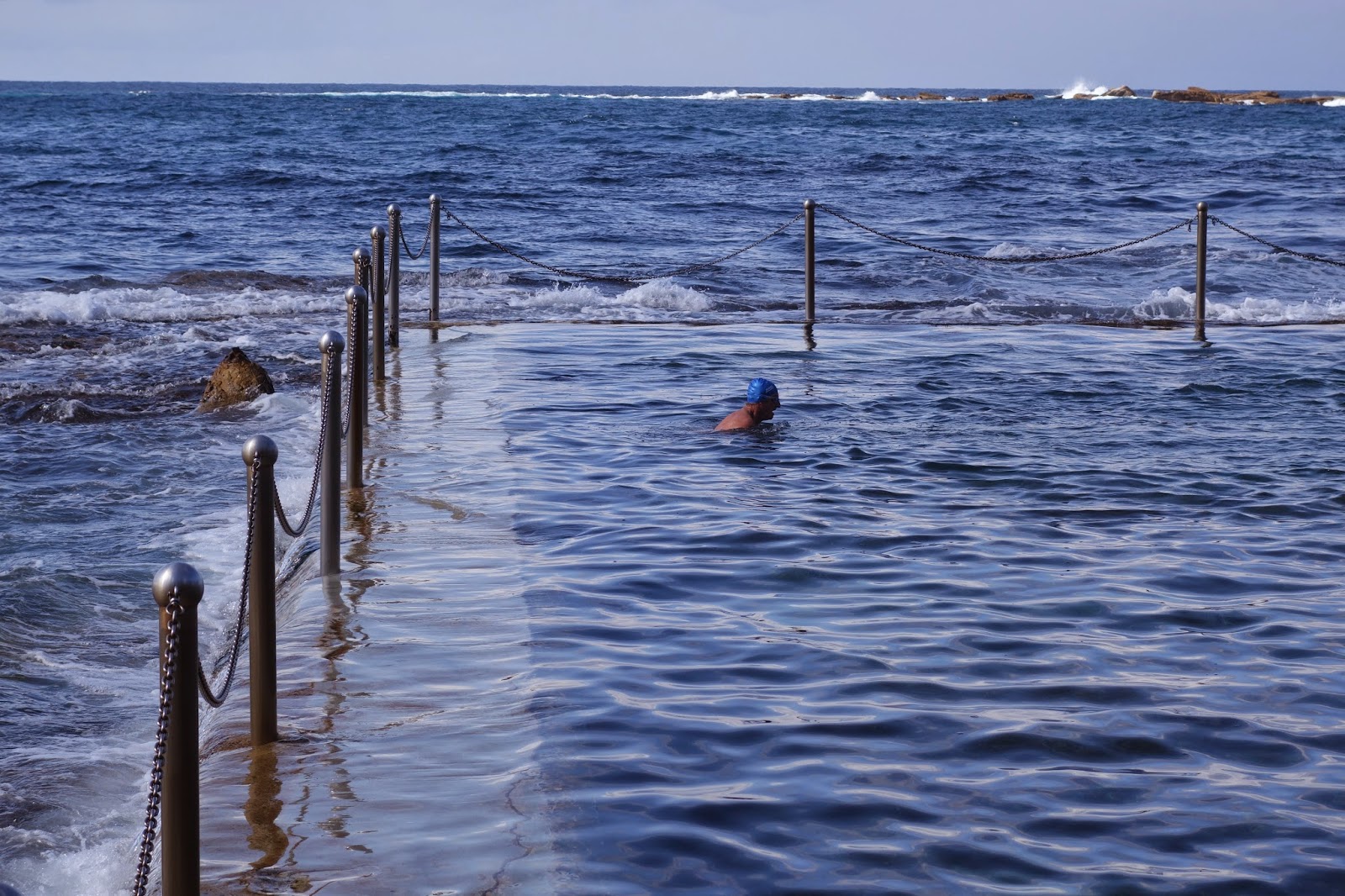 At Wylie's Baths I met 80-year-old Reg, who comes to the pool each day but only if the sun is out. 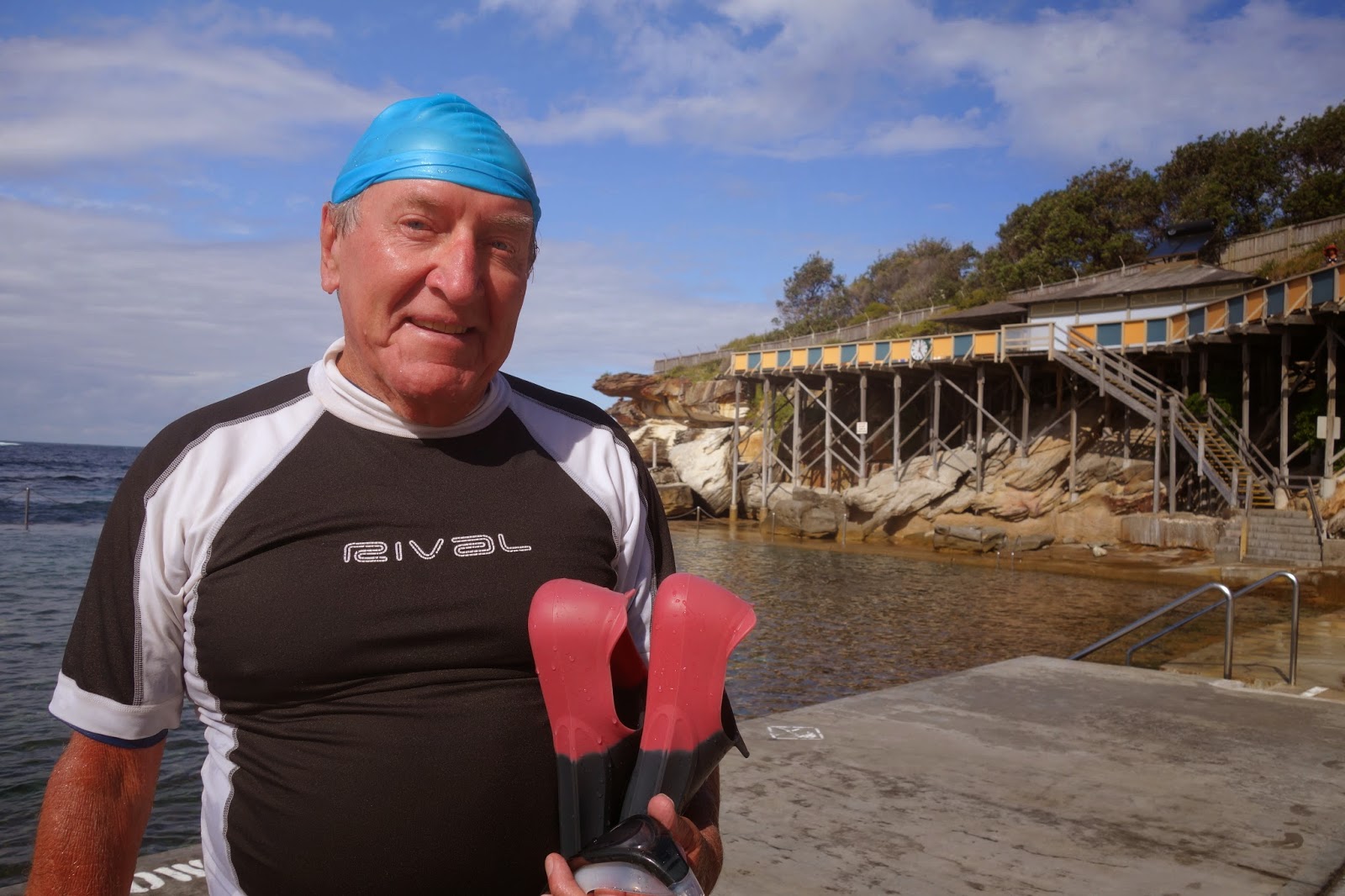 He does about eight to ten laps and then retires to his spot at the north end of the striped timber deck to read. His favourite writer is Tom Sharpe and he doesn't mind a bit of Stephen King. "I've read nearly all Tom Sharpe's," he says. "He's funny and when I sit down and start laughing people wonder what's wrong with me." 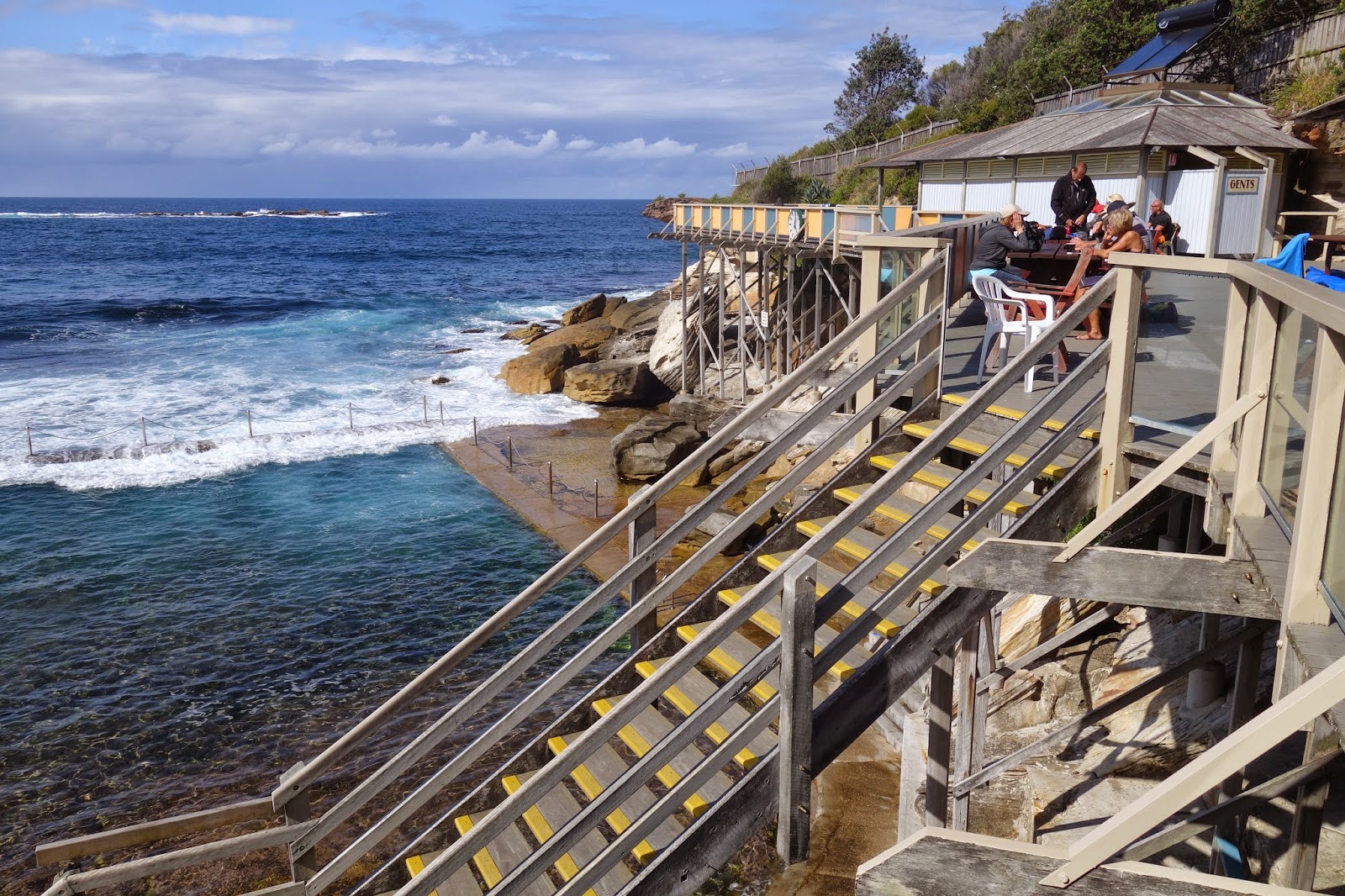 A former Bondi Iceberger, Reg shifted to Wylie's when he moved to Coogee 15 years ago. "This is a good one," says Reg. "It's got an old world charm and friendly people and you are quite protected from the wind." 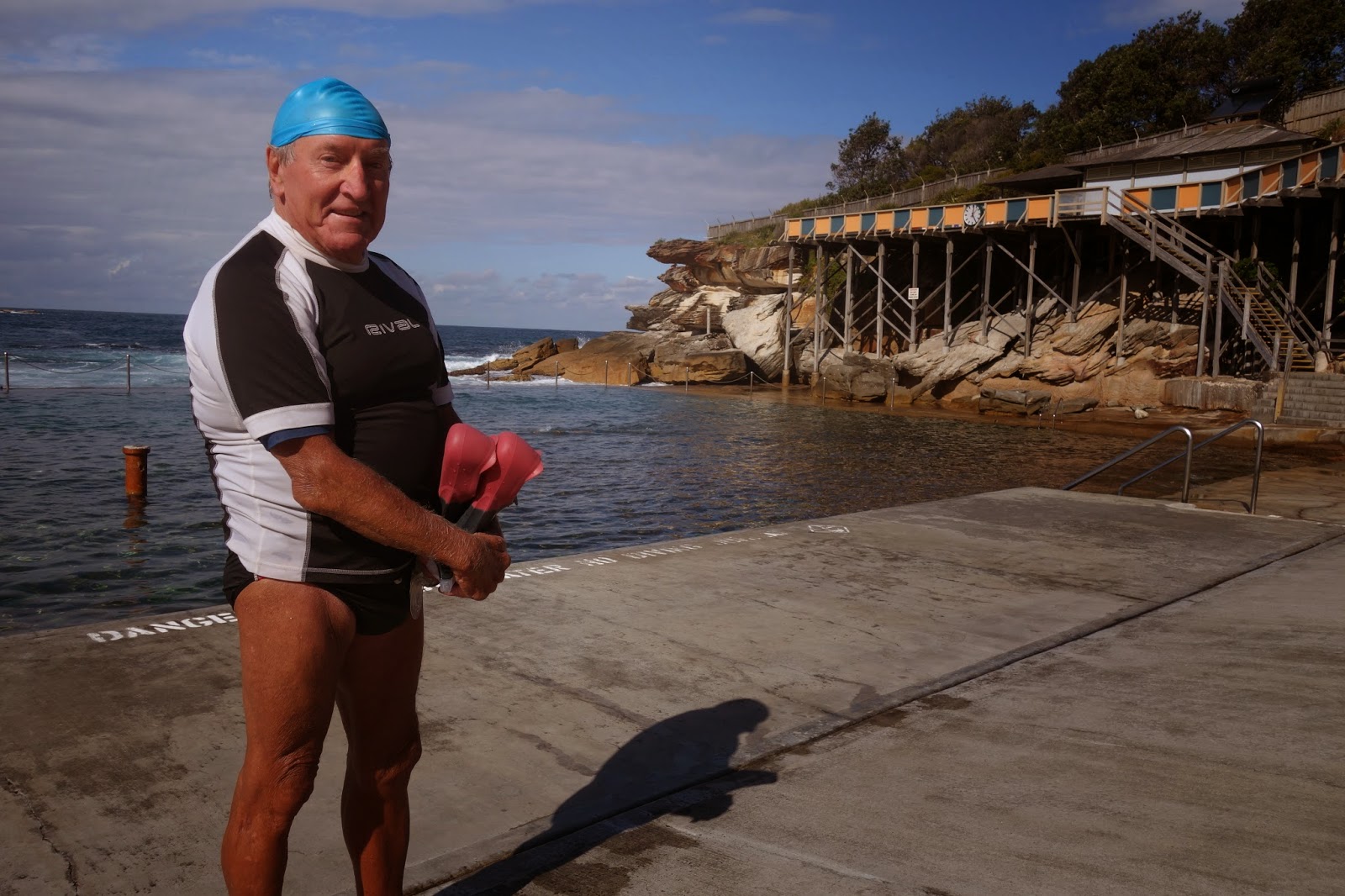 Reg believes his swimming keeps him fit and well and finds Wylie's the perfect place to relax. "You can't let yourself go for too long without doing something," he says, "and there's nothing like salt water to make you feel good." 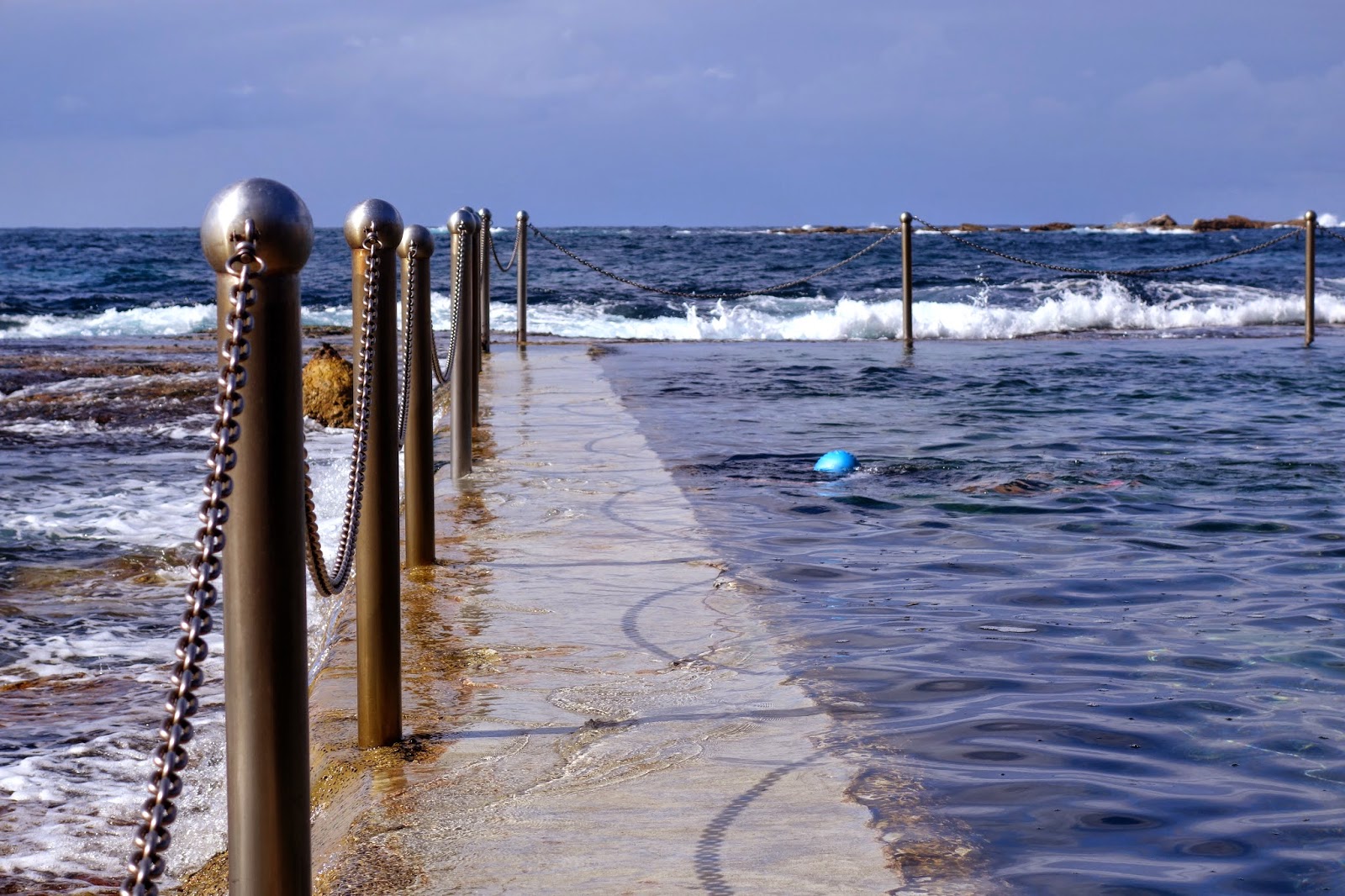 A few headlands north at Bronte, you can't miss Les and his band of multicultural mates who spend their days swimming, talking and soaking up the sun outside the gents change rooms on the edge of the park. 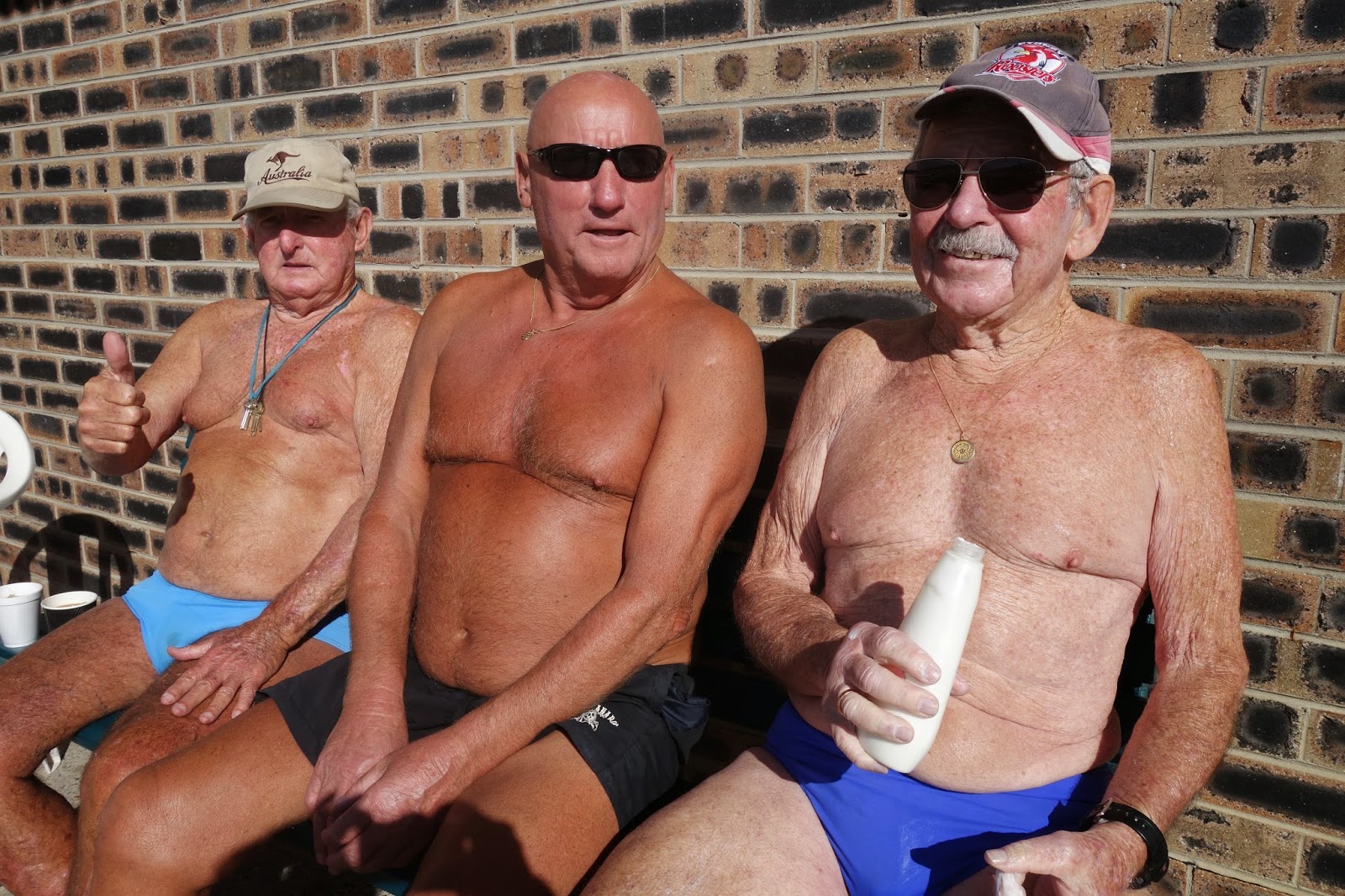 "I'm Irish, then there's Greek, Russian, Croatian," says 76-year-old Les. "We all get on terribly!"  Les alternates between the baths and the bogey hole but adds he's doesn't swim in the bogey hole unless the beach inspectors are around. "It might look lovely but you never know?" 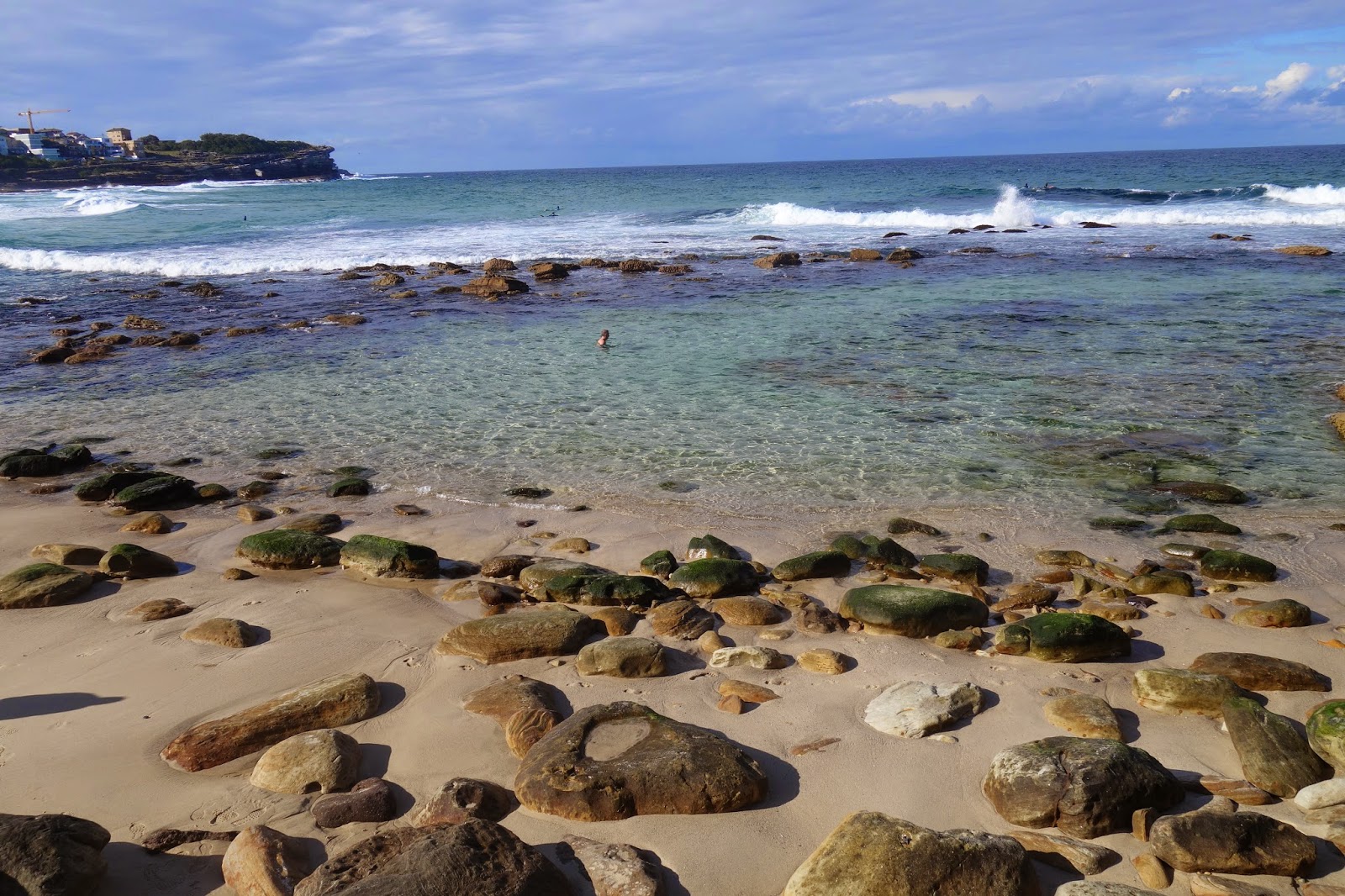 More of a dipper than a lapper, his mates say he does more laps with his tongue and if they had a dollar for every furphy he told they'd be multi-millionaires. 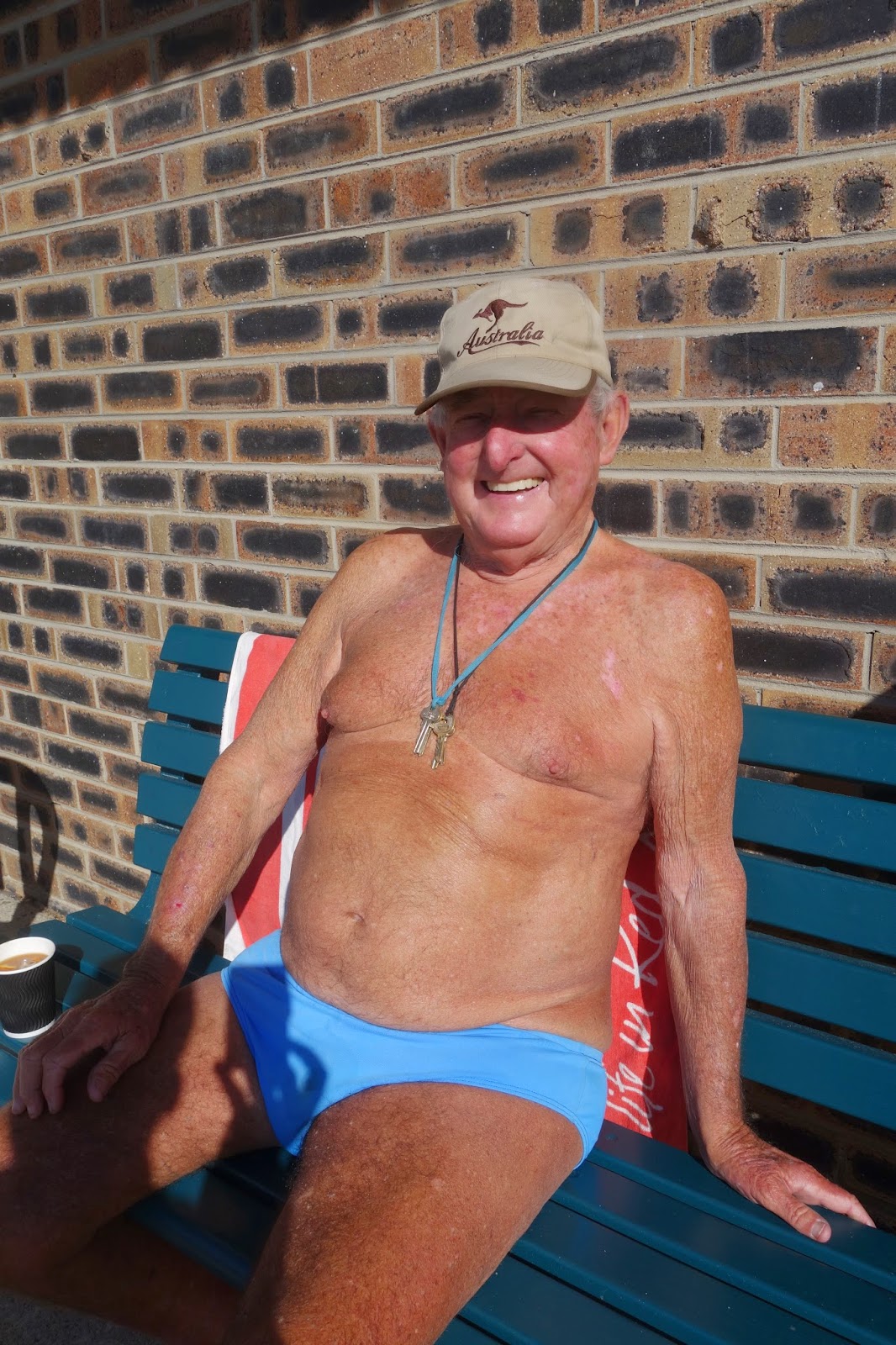 "If you come here every day you will know everything," says Les, who has been swimming at Bronte for 64 years. "Swim, talk, sun; that's the way to live." 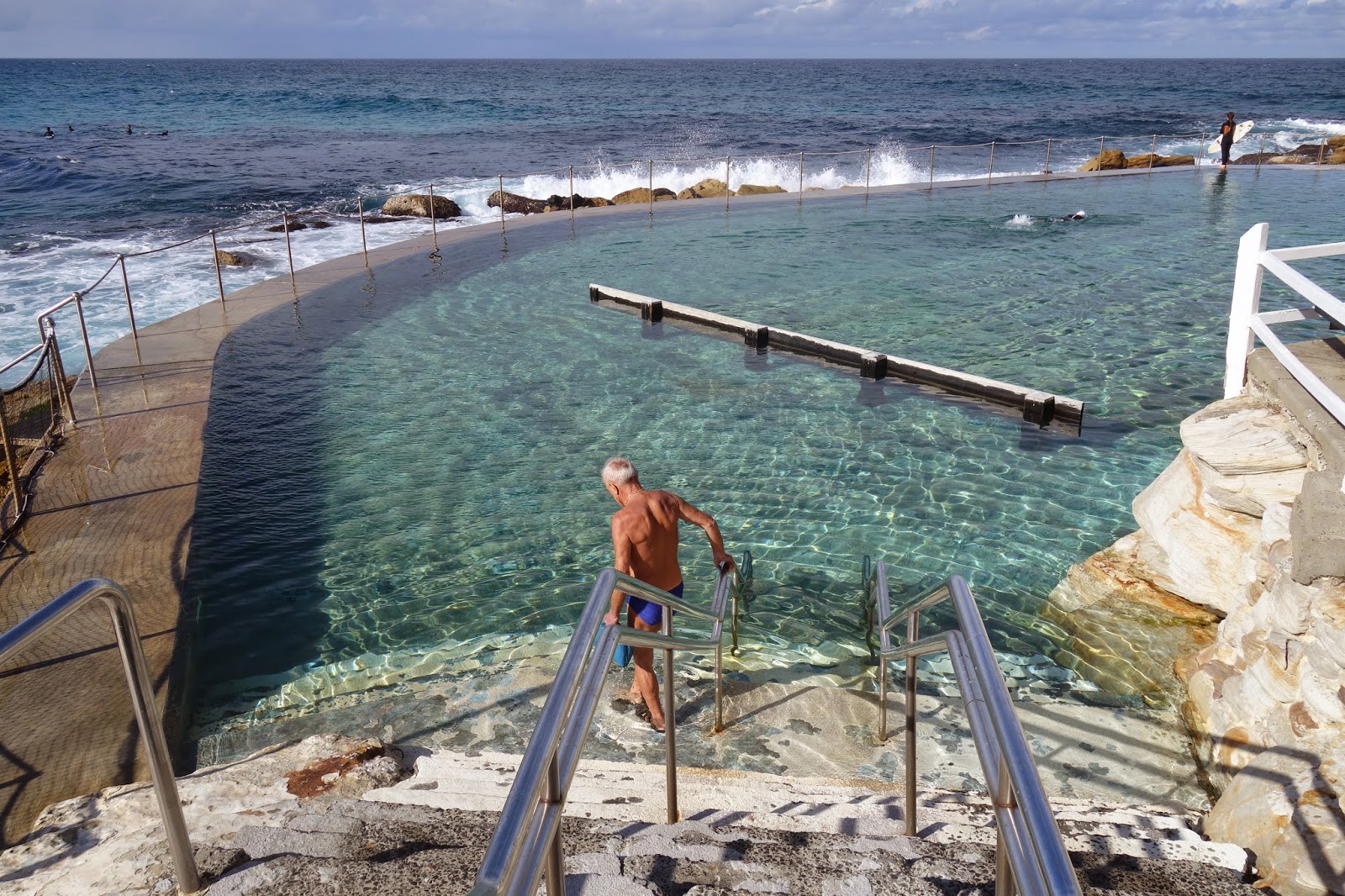 At Bondi Icebergs I introduced myself to Grant, a long-time Iceberger, who'd just spent half an hour doing laps in the 16 C water in the 50-metre pool. 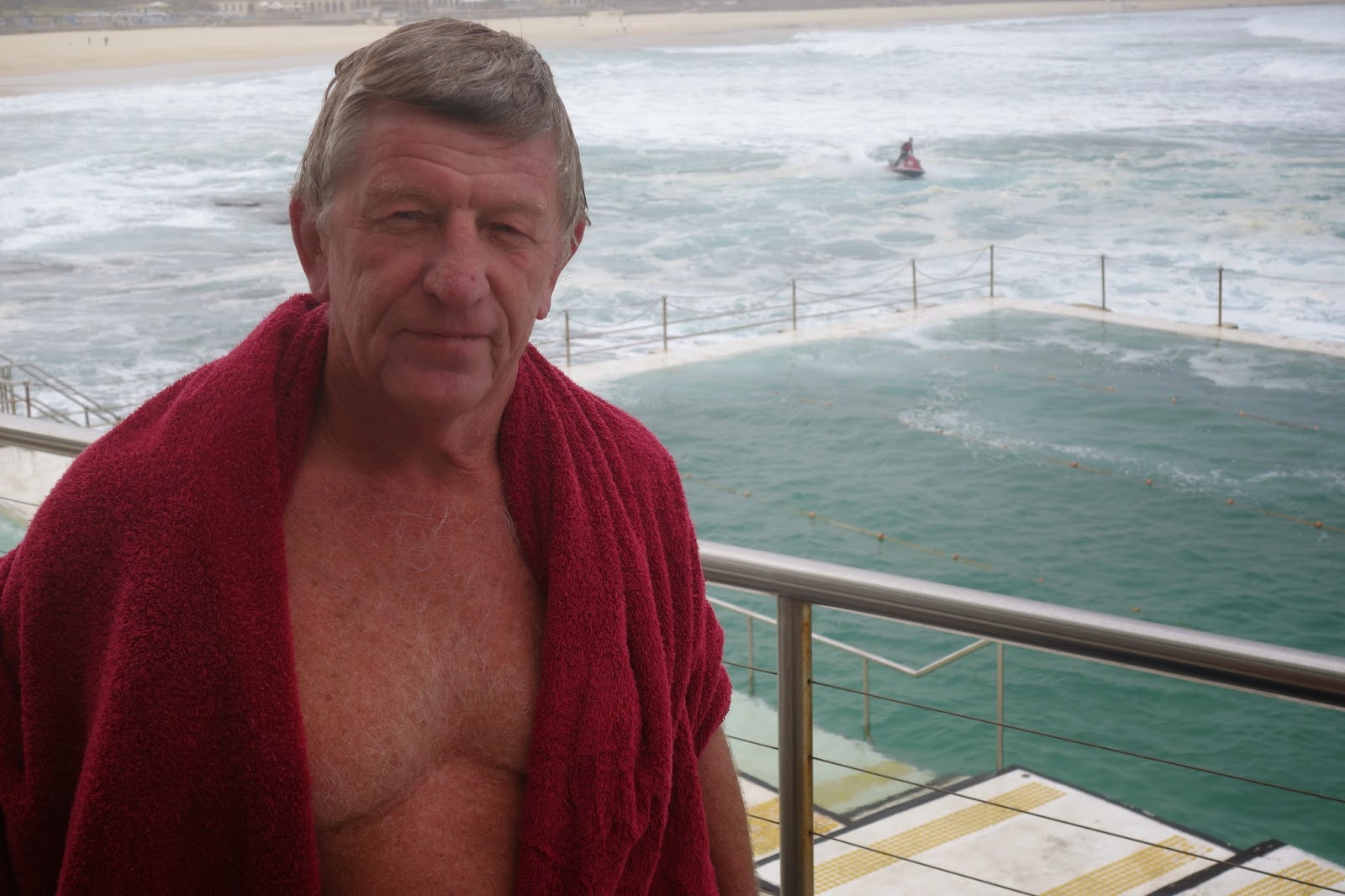 Recently retired, Grant learnt to swim at the pool when he was six and says he likes it because it's where he comes from. He says swimming in the cold water in winter certainly brightens you up and considers people who swim in wet suits are cheating. 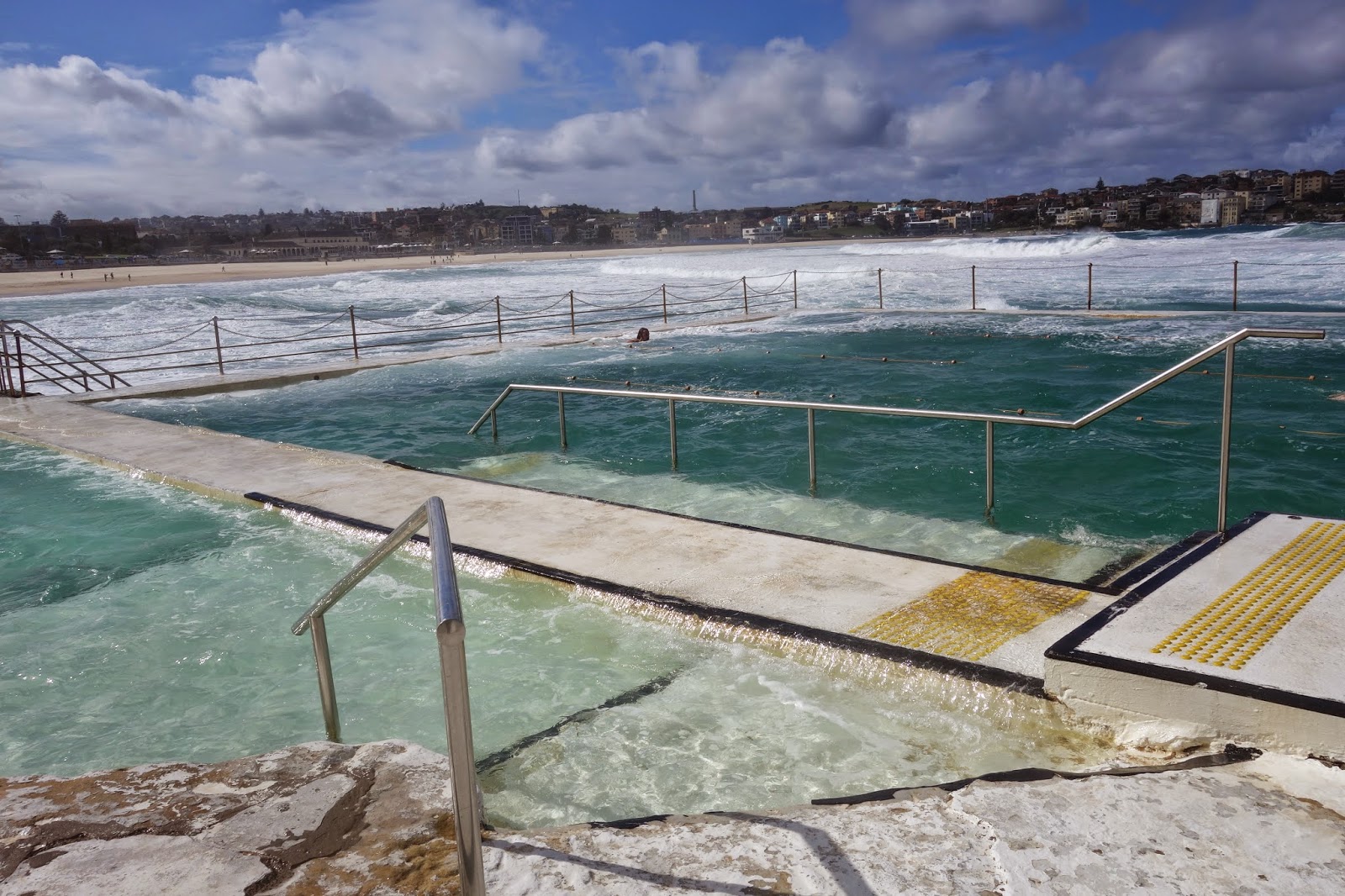 "There's nothing better than a winter's day down here when the sun's out," says Grant, who finishes off his visit with a beer in the clubhouse with his mates.